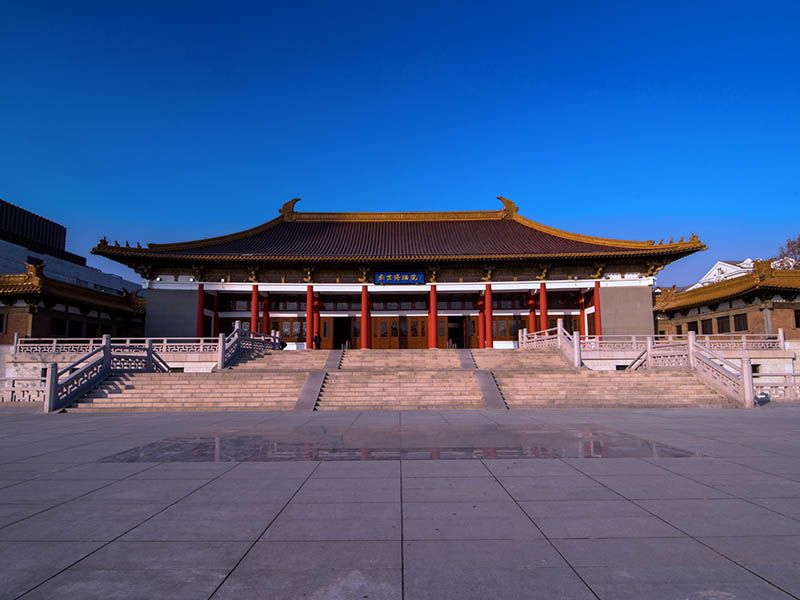 Nanjing Museum – one of the three biggest museums in China

Served as the Kuomintang's Preparatory Office of National Central Museum, it was established in 1933 by Mr. Cai Yuanpei and reopened to public in 2013 after the second phase expansion. Besides the original Historical and Art halls, four newly-built halls are the added value. The Republic of China Hall visually displays the civilians' life during the period of Republic of China (1912-1949) with the Nanjing's local civilization as its theme. As of 2010, it has a collection of 420,000 pieces of relics of many kinds, more than 2,000 pieces of which are national treasures, especially the relics of archaeological excavations, ethnic minorities, foreign countries, royal court, Qing Dynasty literature and surrender rites of Japanese troops in the Second World War as well. Inside the Digital Interactive Hall, whether it is playing with mirrors and red laser beams or the calligraphy and writing areas, it is very enjoyable. An important Chinese art masterpiece – Story of the Grand Capital – is digitally animated and projected onto textured backgrounds. The Intangible Cultural Heritage Hall doesn't only briefly introduce general information of intangible cultural heritage projects in Jiangsu, but also dynamically exhibits bustling folk-custom activities, traditional handicraft and traditional oral performances.