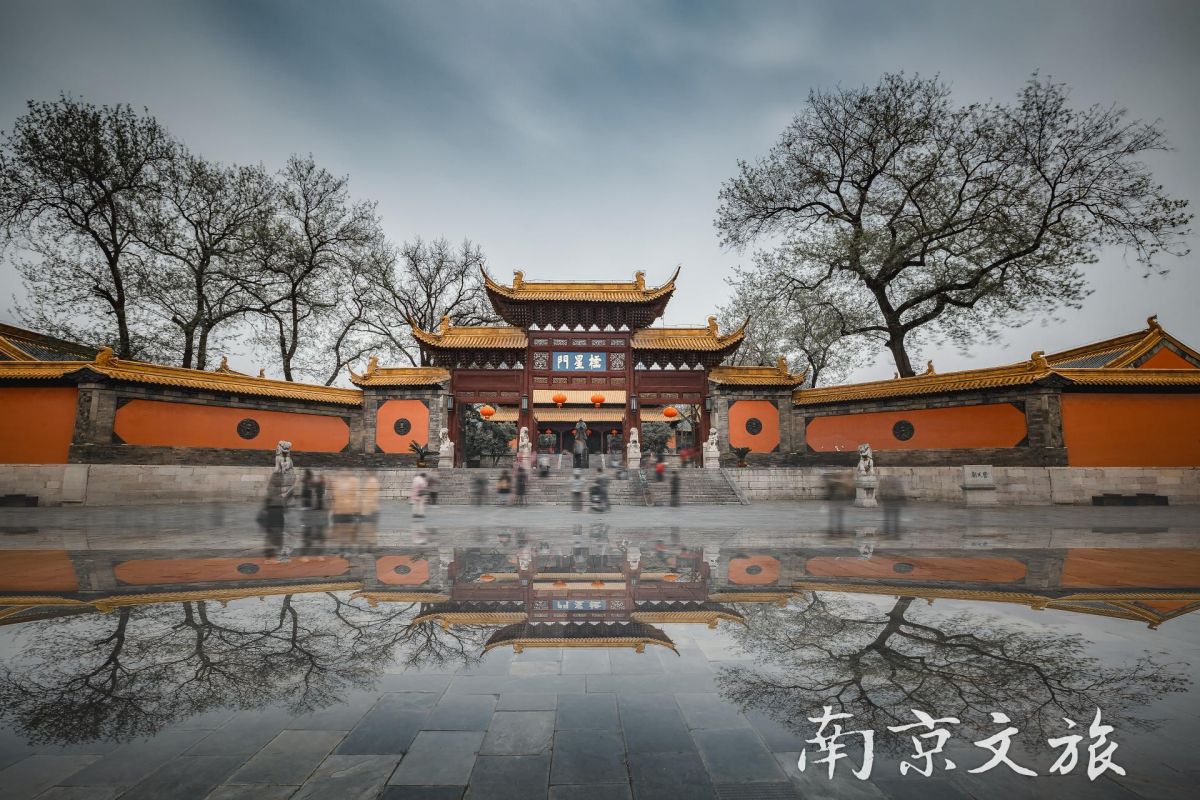 A Tour to Museums in Nanjing

Nanjing is home to more than one hundred museums of various sizes as a city steeped in history and culture. These museums cannot be missed for a quick and comprehensive grasp of Nanjing in a limited time.

Nanjing Museum is a large-scale comprehensive national museum, a national comprehensive museum of history and art, and one of the three largest museums in China. The predecessor of the Nanjing Museum was the Preparatory Office of National Central Museum established in 1933 under the initiative of Cai Yuanpei, making it the earliest museum and the first large-scale comprehensive museum financed by Chinese government. Entering the Nanjing Museum, you will be impressed by the ancient civilization in the History Gallery, the treasures on display in the Special Exhibition Gallery, calligraphy and paintings in the Art Gallery, cutting-edge technology in the Digital Gallery, Nanjing in old times in the Republic of China Gallery, and old folklore in the Intangible Cultural Heritage Gallery. 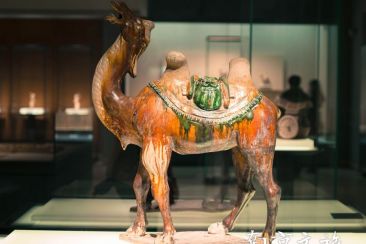 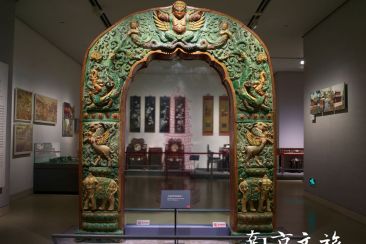 Located at the southwest of Xinjiekou in the downtown area of Nanjing, Nanjing Municipal Museum is the largest, highest-grade, and best-preserved complex of Ming and Qing official buildings in the south of the Yangtze River. The name "Chaotian Palace" was given by the Emperor Hongwu (the first emperor of the Ming Dynasty) by imperial decree, meaning "worshiping the heaven". The Nanjing Municipal Museum is located in the Chaotian Palace, showcasing the cityscape and evolution of Nanjing as an ancient capital of six different dynasties. 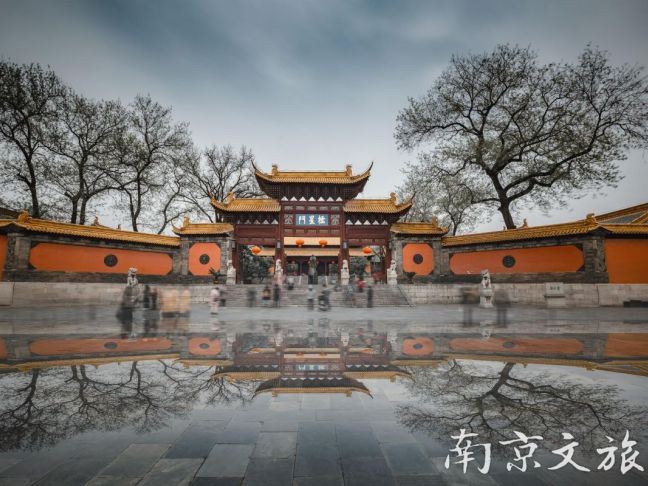 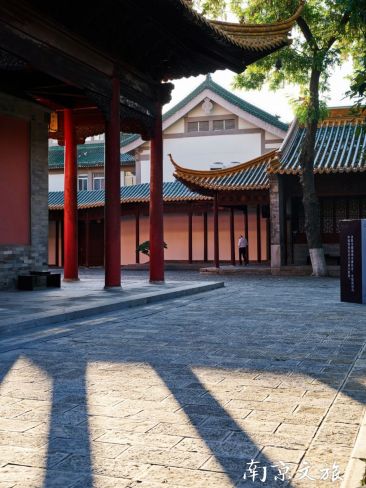 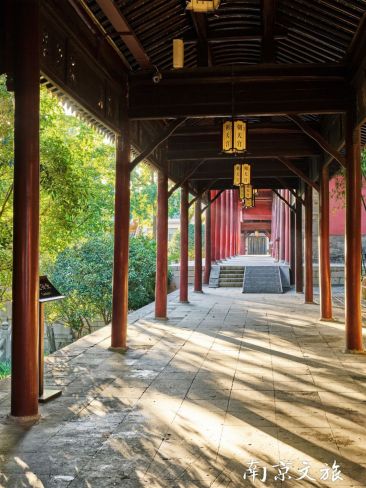 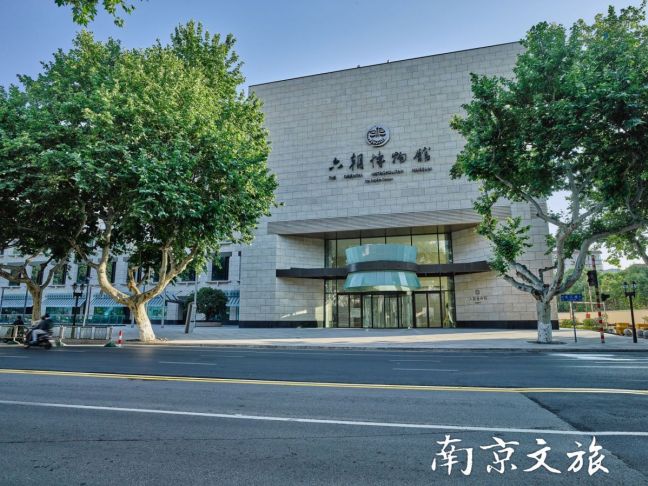 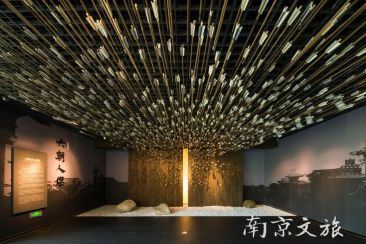 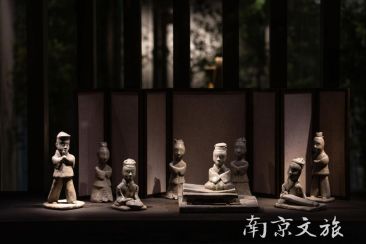 It is the largest and best-preserved building complex among the remains of modern Chinese architecture, one of the main hallmark buildings in the Republic of China, and an important site of China's modern history. It is divided into three areas:

The Central Area (Central Axis) is the site of National Government of the Republic of China, the Presidential Palace and its affiliated institutions; the Western Area is where Sun Yat-sen's Provisional Presidential Office, Secretariat and West Garden, as well as the General Staff Headquarters are; and the Eastern Area is mainly the site of the Executive Houses, the stables and the East Garden. A host of pavilions and historical displays can be found in these three areas. 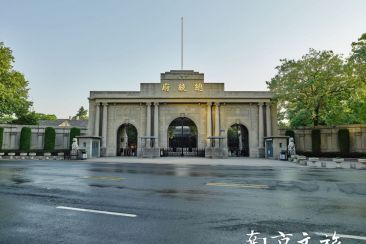 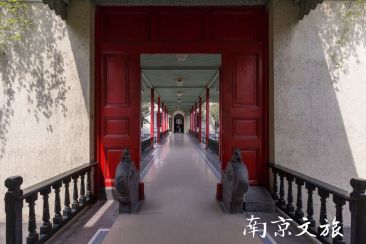 It is internationally recognized that the Memorial Hall of the Victims in Nanjing Massacre by Japanese Invaders is one of the three memorial halls built to memorialize those killed in the Three Massacres during the World War II. Located in the southwestern corner of downtown Nanjing known as Jiangdong Gate, near a site where thousands of bodies were buried, called a "pit of ten thousand corpses" after mass murder in the Nanjing Massacre by the Imperial Japanese Army, it is the only museum in China dedicated to the history of the Nanjing Massacre by the Japanese invaders and the host site of China's national memorial day for the victims of the Nanjing Massacre. The Memorial Hall covers a total area of more than 120,000m2 with over 200,000 pieces of historical records, artifacts and photographs. 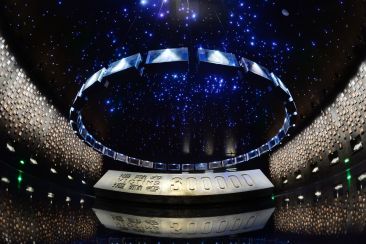 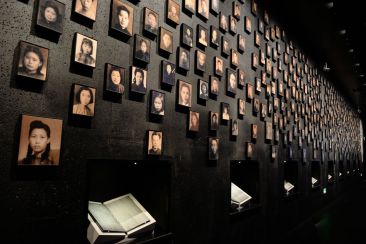 Image Credit: The Memorial Hall of the Victims in Nanjing Massacre by Japanese Invaders

Yunjin Brocade in Nanjing ranks the first among the “Three Famous Brocades” in China. Its elegant and refined pattern with bright colors is reminiscent of clouds in the sky, so it is named “Yunjin”, meaning “cloud brocade” in English. The wooden-loom Zhuang Hua with hand-woven technology is the only technique that cannot be replaced by machines in China's 4,700-year history of weaving with its products used to be found only in royal courts. The fabric is produced with a single warp thread (“passing through the warp” and “cutting off the weft”) as well as by using the technique of brocading, “whereby discontinuous supplementary weft threads of different colors are woven into the ground weave in specific areas required by the pattern (wahua panzhi).” Other materials such as gold or silver threads or even peacock feathers can also be woven into fabrics, making the pattern even more shining and colorful. In September 2009, "Yunjin Brocade Weaving Technique" was inscribed by UNESCO on the Representative List of the Intangible Cultural Heritage of Humanity. 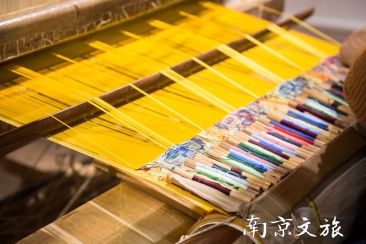 "Jiangning Weaving Bureau" is officially-run weaving factory in the Qing Dynasty specializing in the production of satin for the imperial family and government. Located in the Nanjing Daxinggong area, the Jiangning Imperial Silk Manufacturing Museum is a modern museum built on the site of the former Jiangning Weaving Bureau. In the building there are reconstructed West Pond, Lian Pavilion, Xuanrui Hall and West Hall on the site of the former Jiangning Weaving Bureau, arranged from south to north on top of each other, forming a landscape painting of the south of the Yangtze River. It is a hallmark building combining modern architectural style and traditional garden design. 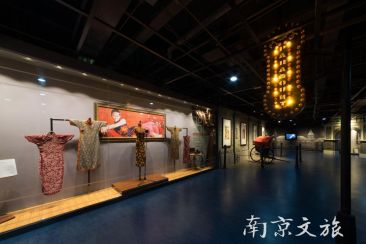 Located in Qinhuai District, Nanjing, the Former Residence of Gan Xi, known as the Gan's Grand Courtyard, is the largest and best-preserved private house in Nanjing. It was built in the reign of Emperor Jiaqing in the Qing Dynasty, and now serves as the Nanjing Folk Custom Museum. It displays an exhibition of handicrafts, including art of making Ronghua, or velvet flower, bamboo cravings, festive lanterns, Nanjing paper cutting, Chinese shadow puppetry, colored painting techniques of gourd, miniature engravings, clay figurines, knot, fabrics and other intangible cultural heritages at all levels, while staging Nanjing Baiju Opera on weekends. 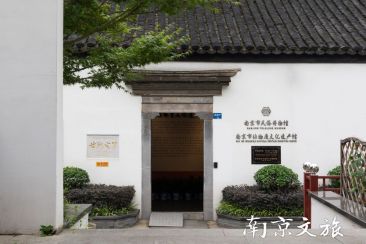 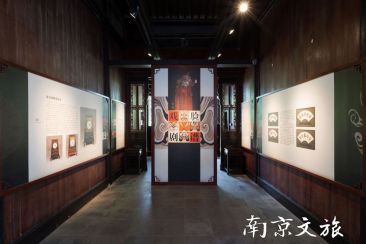 It is the only museum dedicated to artifacts from the Taiping Rebellion approved by the Ministry of Culture and Tourism of the People's Republic of China in 1956. Originally the residence of Xu Da who is posthumously honored as the King of Zhongshan, Zhanyuan Garden is the only remaining complex of well-preserved classical garden buildings of the Ming and Qing Dynasties in Nanjing, and also a National Cultural Heritage Site. The Museum houses Taiping Heavenly Kingdom History Exhibition, Historical Records of Xu Da, King of Zhongshan, and Exhibition of Cultural Relics of Jiangning Provincial Administration Commissioner Office in the Qing Dynasty. 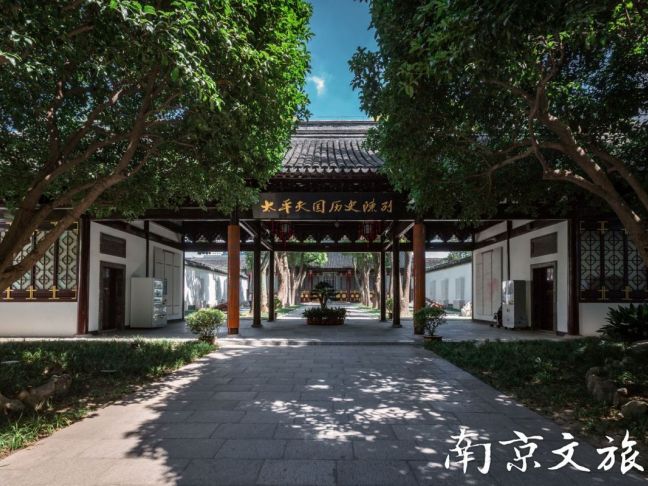