Enjoy your cool moment in Nanjing's classical gardens in summer

Where are the must-visit places to escape the summer heat in Nanjing? The city retains enough pockets of charm to warrant an exploration into its relaxing and peaceful composing parts. Dotted in the alleys and lanes of Qinhuai and Xuanwu districts, a number of mind-whirring gardens wipe away any memory of city life with serenity and solitude. It's a nice treat to rest in the shade or in a pavilion, get rejuvenated while experiencing a highbrow culture mix with a symphonic combination of rocks, waters, trees, and pavilions.

With a history of more than 600 years, this delightful traditional Chinese garden was once known as the "Best Garden in Nanjing". Dating back to the Ming Dynasty, it served awhile as the residence of Xu Da, the Prince of Zhongshan. It is considered the oldest existing classical garden of the Ming and Qing in Nanjing. With willows, acers, magnolias, bamboos, potted bonsai pines, and a lovely lawn, the garden is also decorated with courtyards, pools, corridors, zigzagging bridges, and rockeries. Quaint architecture is another of the garden's trademarks. Framed with a backdrop of Chinese elements, you become the figure of Chinese paintings in the garden. Small in size yet truly unique, Zhan Garden is like a gem, hidden in the hustle and bustle of the Qinhuai River. 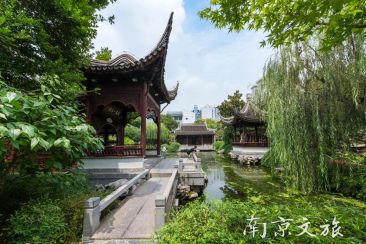 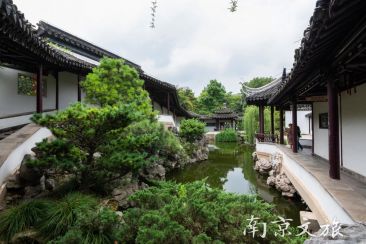 Nestled in the Qinhuai scenic belt near Confucius Temple, Yuyuan Garden used to be a private garden of Hu Enxie, an official involved in Westernization movement of the late Qing. It is composed of the outer garden and the inner garden. Hills and Yuhu Lake characterize the former one, while rockeries and halls, among other buildings, feature the latter one. Waters and rocks are the highlight and centerpiece of the garden. Traipsing in the garden to beat the summer heat, you may find peace and joy. 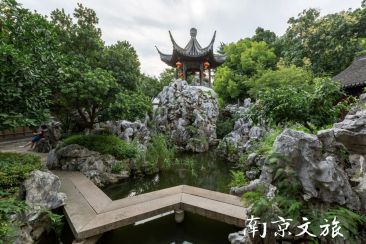 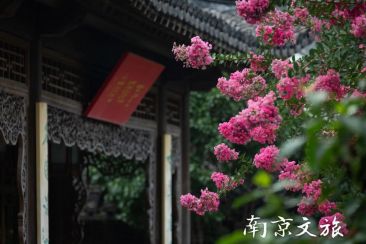 How to get there: Take Subway Line 1 to Sanshan Street Station (Exit 4), and walk for 1.1 kilometers

Once the villa of Li Yu, a celebrated scholar of the early Qing, this pocket-sized garden is considered the smallest and the most exemplary one in history. Its striking feature is the use of space: the labyrinth of courtyards, the waterfall in rainy days, the moon in sunny days, birds chirping in the morning, and songs at night, are harmoniously integrated to create the illusion of a much larger area. The garden, in a classical style of the Ming and Qing, is featured by black-tile roofs, white walls, and swooping eaves. Li Yu, the former owner of the garden, was a literary luminary then. Not only was he a big wig in the literary community but a gourmet and a hedonist. His wrote a book named The Pleasant Diversions（《闲情偶寄》）, an eyebrow-raising guide to life in ancient times. The famous manual of Chinese painting, Manual of the Mustard Seed Garden (《芥子园画谱》), sometimes known as Jieziyuan Huazhuan (《芥子园画传》), was also prefaced and published by Li. The garden affords you not simply a view of the exquisite architecture of Jiangnan (regions south of the Yangtze River) garden but a vibe of Li Yu's aesthetics and life philosophy.

The Former Residence of Gan Xi（甘熙宅第）

The Former Residence of Gan Xi, laid out in the Jiaqing reign of the Qing dynasty, consisting of four adjacent groups of ancient buildings with multiple entrances, is the largest and best preserved of this kind in Nanjing. The strict and symmetrical architectural layout epitomizes the prominent families' cultural touch and ethical notion in the upper class of Nanjing. The architectural style, a blend of the north and the south, gives expression to the delicate and elegance of the southern dwellings and the grandeur of the northern-styled "running-house building"（跑马楼）. 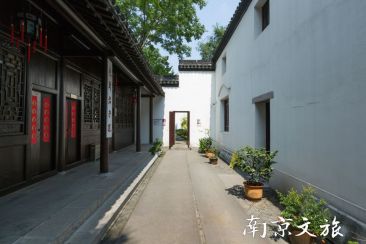 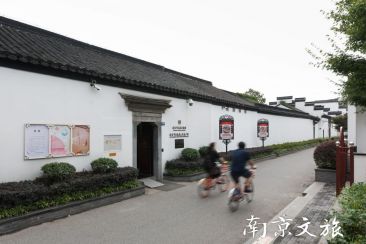 During the Yongle reign of Ming Dynasty, Egret Islet Park served as the family villa of Xu Da, the Prince of Zhongshan and the founding general of the Ming Dynasty. The Jiufeng Temple (鹫峰寺), built in the garden during the Tianshun reign, immersed in the air redolent with incense and low murmurs of chanting, received a steady stream of worshippers. Not until the Zhengde reign did Xu Tianci, a descendant of Xu Da, revamped the park into the "largest and imposing" garden across Nanjing at that time, naming it "East Garden". The garden turned to be the seat of gathering for the owner, Wang Shizhen, Wu Cheng'en and many other renowned literati. Out of admiration for the garden, Emperor Wuzong of the Ming visited the garden for fishing on his tour to the southern part of China. Egret Islet Park, upon renovation in 1951, ended up with a cultural venue themed with China's natural landscape. The art of Chinese classical garden typifies the unique aesthetic appeal of ancient Chinese culture and is a perfect mix of the ancient Chinese philosophical ideas, religious beliefs, and culture and art. Why not hide in the shade of the classical gardens on a scorching summer day with a copy of the Importance of Living (《生活的艺术》) by Lin Yutang and have a taste of the Chinese culture?