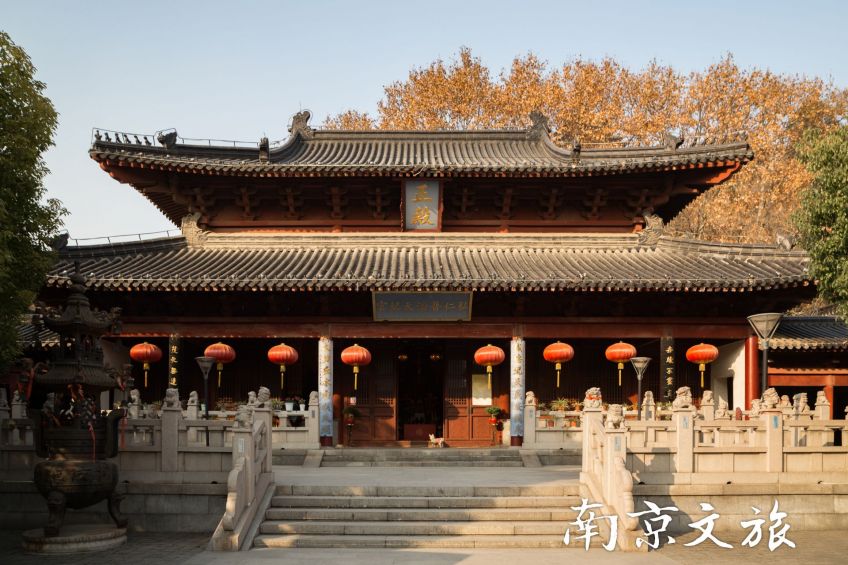 After Zheng He succeeded in returning from his first voyage to the Western Oceans, the Yongle Emperor of the Ming Dynasty ordered to build the Tianfei Temple at the foot of the Lion Hill, Gulou District, Nanjing. It was constructed to express thanks to Tianfei, also called as Goddess of the Seven Seas, for her blessing and protection of the safe navigation of the fleet over the oceans. It is now rebuilt as the witness of the great voyages led by Zheng He and part of the ancient Maritime Silk Road in China. Come and explore this holy place on Tianfei's birthday (the 23rd day of the third lunar month) and have fun in the temple fair!

Take Bus No. 21 and get off at the Jianning Road Station. Walk another 130 meters to get to the Tianfei Temple.