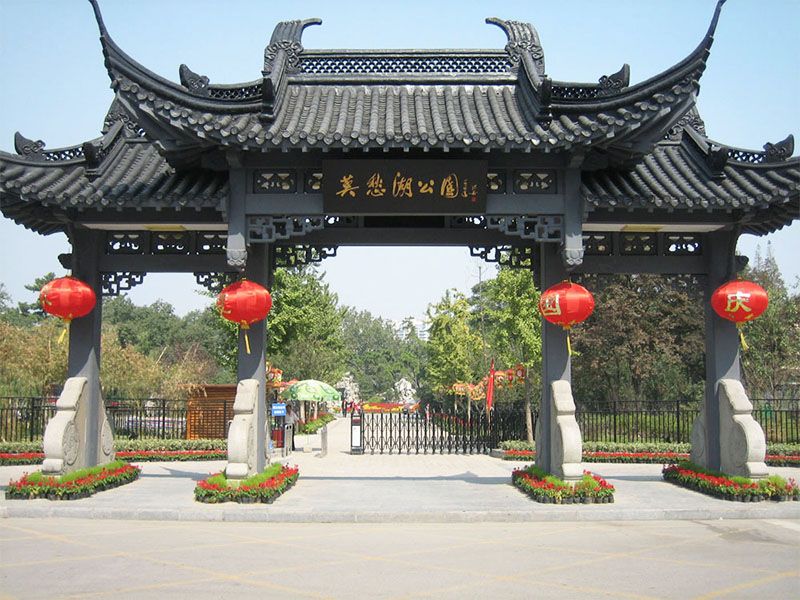 Mochou Lake lies outside Shuixi Gate of Nanjing City, with a total area of 47 hectares and a circumference of 5 km. In Qing Dynasty, it was a beautiful garden that was also famed as the first attraction of Nanjing. Mochou Lake was once part of Yangtze River. Later the channels of Yangtze River and Qin Huai River changed their carrying capacity and direction, so Mochou Lake gradually became a lake.

The name of Mochou Lake originated from a beautiful woman called Mochou who had to bury her father. Her state of poverty resulted in her having to sell herself. Later, her husband’s parents weren’t pleased with her, so she committed suicide by jumping into the lake.

Since the early Ming Dynasty, Mochou Lake was gradually developed into a famous garden, which was bestowed to Xu Da by the first emperor of Ming Dynasty because he won his majesty while playing chess. During the following dynasty, this garden was extended several times and many other pavilions were added. In 1929, Mochou Lake was changed as a park. In 1953, Mochou Lake Park underwent major restorations, and the waterside pavilion and ready for ferry pavilion were built. The statue of Mochou got remodeled as well.