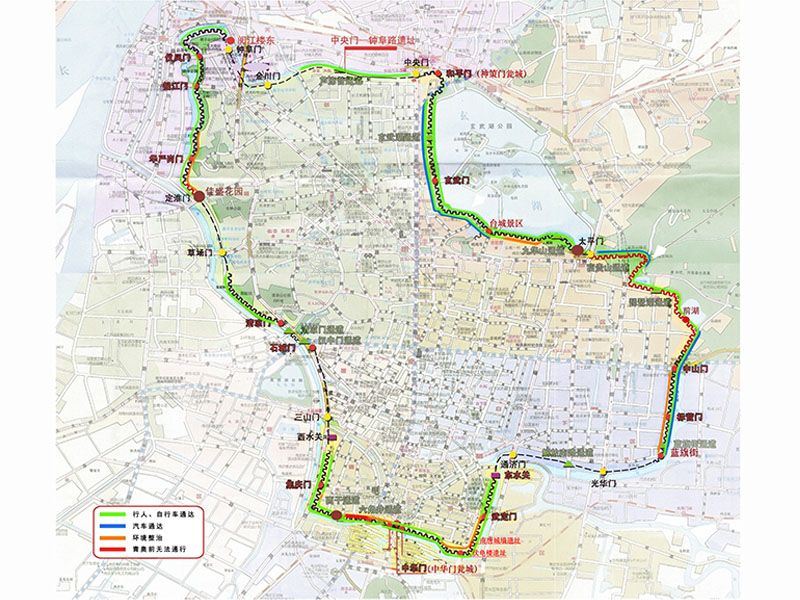 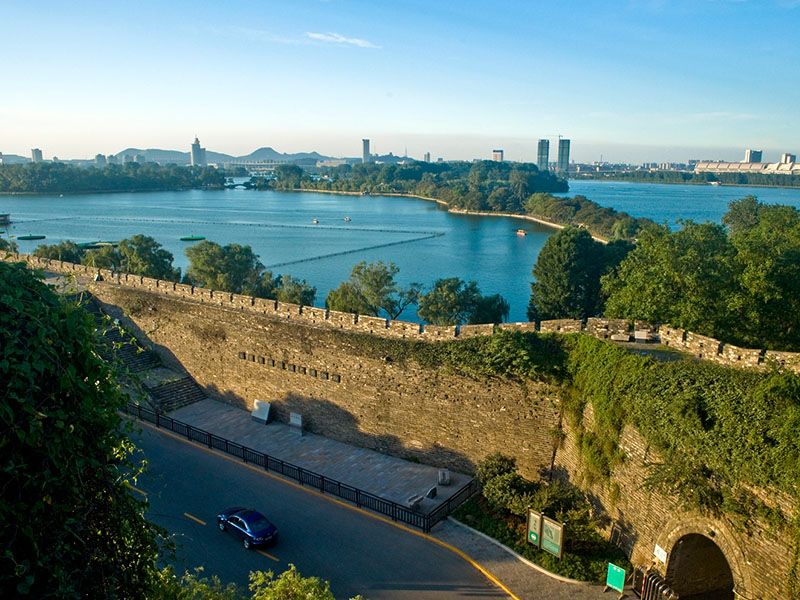 Source by Nanjing City Wall of the Ming Dynasty

Nanjing City Wall of the Ming Dynasty – to show the world a different beauty.

Nanjing City Wall is one of the key historical and cultural remains of Ming Dynasty (1386) under state protection. It is a masterpiece of China's ancient architecture. With an original perimeter of about 35 kilometers (22 miles), the City Wall has a height 14-21 meters (46-67 feet). The footing has a width of 14 meters (about 46 feet). The present remains have a length of about 21 kilometers (13 miles). Nanjing is one of the few cities in China that still have old city walls, and its City Wall is better preserved with most part still remained. Even though it has a history of about 600 years it is still spectacular and of great value in terms of cultural relics protection.

Each brick weighs about 10 kilograms with a length of 40-50 centimeters, a width of 20 centimeters and a height of 10 centimeters. The bricks are inscribed with the names of officials who were responsible for the quality of the bricks. Up to 350 million bricks were used to build the wall.

The City Wall is made up of four parts. From the outside first there is Outer City, Inner City, Imperial City and Palace City. In 1390, Outer City was built with a length of 180 kilometers (112 miles) in a diamond shape to strengthen defenses though it does not exist anymore and only the names of the 18 gates are still used now. The City Wall we can see today is mainly the relic of the Inner City. The Imperial City was built to protect the Palace City, which is nicknamed 'Forbidden City' as it is the center of the four walls.

The wall is an important cultural relic for the inscriptions on the bricks. The inscriptions come in two forms. One is from scholars and officials, the other from the artisan or folk people. The characters of the former is beautiful and elegant and contains the major calligraphic styles, the origin of one of the characters styles even cannot be traced. From here, you can see how Chinese characters developed and understand the multiculturalism of the Ming Dynasty. These inscriptions act like a historical scroll, recording the changes of the wall over dynasties. It provides an indispensable record for the study of Nanjing history.

Nanjing citizens attach great importance to the work of protecting the wall because the wall symbolizes the history of Nanjing. The local Municipal Government built a five-meter wide side path at Jiefangmen Gate for visitors to ascend. It is still the longest one in the World.

Other Wall remains include: