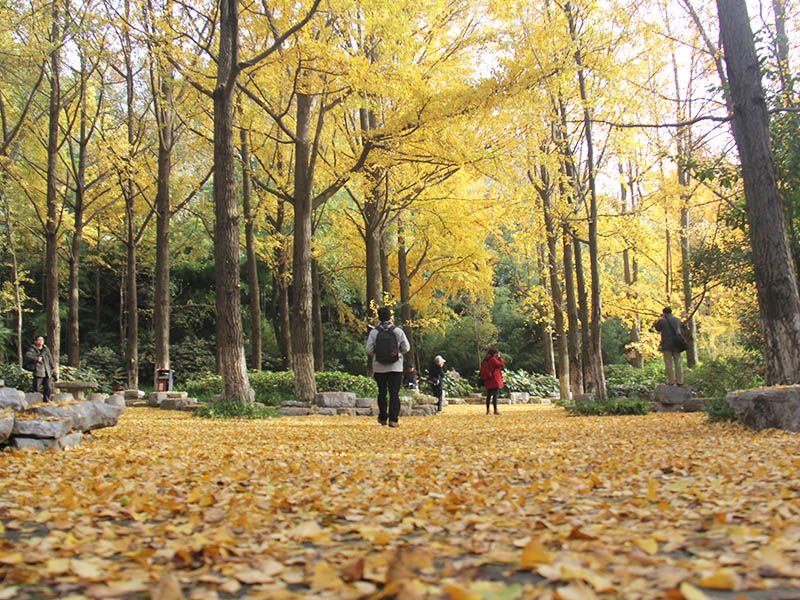 The weather-beaten Wu City Wall was carved directly out of the mountain in China’s Three Kingdoms Period nearly two centuries ago. The 3,000-meter-long site was part of the Stone City, an ancient town built on the 100-meter-tall Qingliang Hill.

In front of a pond near the north end of the fortress, there is a wall stone whose silhouette rather resembles a human expression. Locals dub the scene ‘a grimace looking into a mirror’.

Qingliang Hill and Stone City were a mountain before. It is famous as the City Hill and Forest in the city. It has a quiet and beautiful natural environment in the mountain and there are many places of historical sites on the mountain.

At the southeast corner of Qingliang Mountain is the stones trading market, where you can find beautiful rain flower stones.