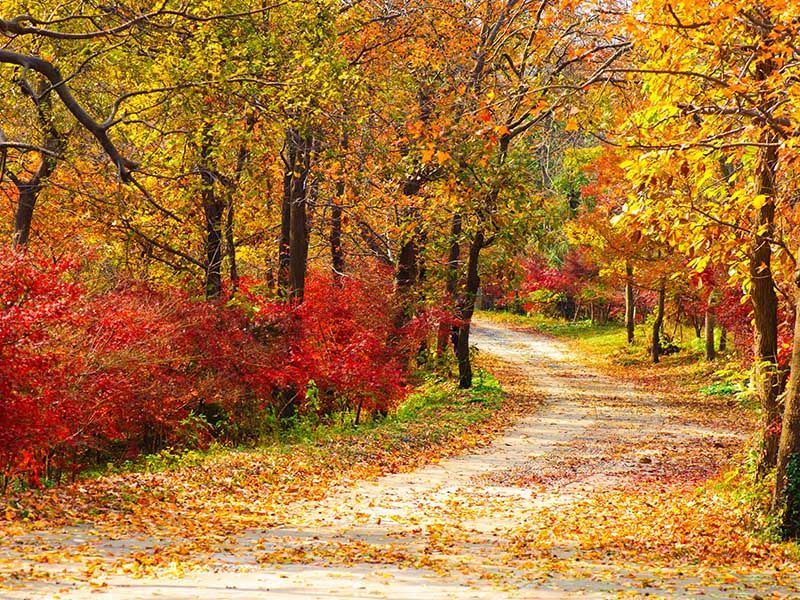 Qixia Mountain,named as Sheshan Mountain in ancient times, located at the northeast suburban area of Nanjing with mountains all around except north to the Yangtze River. The total area of the scenic is about 860 hectares, with the highest peak of 286 meters. It was called as “The first elegant mountain of Nanjing” by Emperor Qianlong.

There was a saying as “Autumn Qixia” from the Ming Dynasty. “Red maple of Qixia” is one of the new Forty-eight sceneries of Nanjing. In the late autumn, the mountain is full of red just like the splendid sunglow falling. Its special charm attracts many visitors. It’s one of the four famous red maple scenic areas in China.

Qixia Temple, lying on Qixia Mountain, was originally built in the Southern Dynasty. It is one of the ancient famous temples in the south of the Yangtze River. In the walls of 1,000-Buddha mountain ridge a large number of niches can be found together with 515 statues of Buddha. Inside the last niche is the statue of a mason. The pagoda for Buddhist relics in the temple was originally built in the Sui Dynasty. It is an imitation of wooden structure with five stories. There are eight sides on each floor. On the base of the pagoda is a relief sculpture of Buddha, and on the first floor are the sculptures of the four gods and flying Apsaras.

There are many historic interests over Qixia Mountain with beautiful sceneries and profound culture. There is a saying, “One Qixia Mountain is a half of Nanjing’s history.” Qixia Mountain also has lots of geological details, with many fossils of ancient biology. It is called as “Natural Geology Museum” and “Textbook of Geology” by experts.