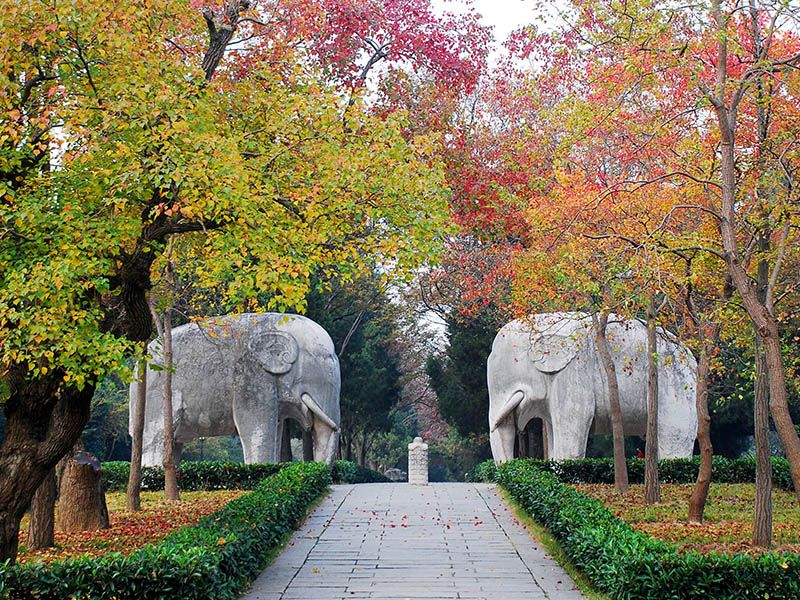 Being one of the largest imperial tomb complexes in China, it is the mausoleum of the founding emperor of Ming Dynasty, Zhu Yuanzhang and his wife Ma. This 170-hectare sepulcher is set in an incredibly scenic environment where seasonal plants form breathtaking backdrops: plum blossom in spring, gingko and maple trees in autumn. The most iconic part of this 600-year-old tomb is the 800-metre Sacred Path. Four pairs of stone figures and 12 pairs of beasts play guard to the deceased emperor. The actual grave is said to lie behind the Ming Lou (the highest building) and is yet to be excavated.